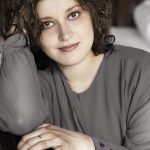 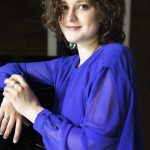 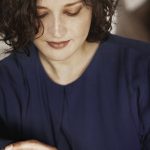 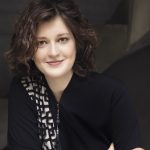 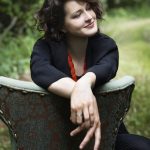 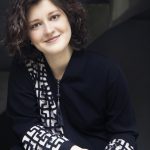 Anna Geniushene’s fresh, layered, and powerful interpretations defined her participation at the 2022 Van Cliburn International Piano Competition—nd won her the coveted silver medal and the adoration of fans around the globe. And the critics couldn’t get enough: “powerhouse sound, forceful musical personality, and sheer virtuosity…had this critic on the edge of his seat” (Musical America); “a performance of rare devotion and insight” (Onstage NTX); “a fresh version…hat had this listener hanging on every bar” (La Scena).

And when Anna closed the Cliburn Competition with a momentous performance of the Tchaikovsky Piano Concerto No. 1, Gramophone likened it to the contest’s revered namesake, “I couldn’t help but equate Anna Geniushene’s seasoned pianism to Cliburn at his best.”

Highlights of the upcoming 2022–023 season include recital appearances at the Grand Teton Music Festival, Festival International de la Roque d’Antheron, and across the United States; a tour of Japan with pianist Andrey Gugnin; piano duo concerts with Wu Han and Dmytro Choni at Wolf Trap and La Musica Festival; engagements with the Lithuanian State Symphony Orchestra and Lithuanian Chamber Orchestra; and the birth of her second child.

Born in Moscow on New Year’s Day in 1991, Anna made her recital debut just seven years later in the small hall of the Berlin Philharmonic. She has since developed a diverse and versatile career as an artist: performances in major world venues such as the Town Hall in Leeds, National Concert Hall in Dublin, Museum of Arts in Tel Aviv, the Konzerthaus ‘Neue Welt,’ Great Hall of Moscow Conservatory, and Sala Greppi in Milan; a dedication to chamber music, including duo piano repertoire with her husband, Lukas Geniušas, and close collaboration with Quartetto di Cremona; and the creation of her own festival of collaborative music-making (NikoFest).

During the pandemic, Anna’s penchant for creativity manifested in online projects, such as a series of online recitals for the Vancouver Chopin Society, participation in the “Armchairs Season” of the Moscow Philharmonic, and recording sessions for the ConSpirito music channel on YouTube. Her debut CD was released on LINN Records in March 2020. A laureate of major international piano contests, she previously had strong finishes at the Leeds, Tchaikovsky, Busoni, and Dublin Competitions.

Anna Geniushene graduated from the Moscow Tchaikovsky Conservatory in 2015, and completed her Master’s with Distinction and Advanced Diploma from the Royal Academy of Music (London) in 2018. She was also one of the elite Bicentenary Scholars at the Academy under the tutelage of Christopher Elton. She currently resides in Lithuania with her husband and their young son, Tomas.