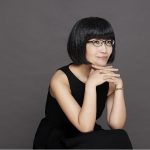 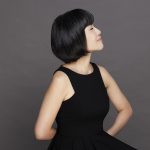 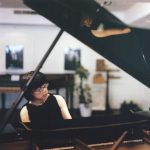 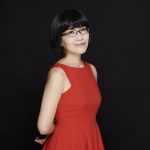 One of the most sought-after pianists in Taiwan, Artemis H. R. Yen has attained to a unique place among the performers of her generation. With her performances being highly anticipated, program notes becoming collectors’ items, books and essays having won critical acclaims from professionals and music-lovers alike, Artemis Yen readily brings ideas and compassion to her native soil, Taiwan.

Granted the Post-Graduate Diploma (“Aspirantura”) in Piano Performance (an equivalent to a doctorate in music performing, or an Assistant Professor Certificate) from the famed Moscow State Conservatory, Russia in December 1997, Artemis Yen is the first Taiwanese citizen to be awarded such a degree from the famous conservatory. Yen studied with two of the most prominent professors, the late legendary flamboyant Prof. Evgeny V. Malinin, and the world-renown educator, Prof. Lev N. Naumov, successors to one of the finest Russian piano traditions – the faculty of the late Heinrich. G. Neuhaus. Yen also studied briefly with the outstanding pianists, Natalia Troull, C. Keene, Abbey Simon, Oxana Yablonskaya, Diane Andersen, John Perry, Robert Roux, Andrei Diev, and the beloved late T. Nikolayeva.

Active in research projects on music-related issues, Yen is also an author of two books and a reviewer-contributor to Performing Arts Review and MUZIK. Yen joined the faculty of Department of Music, Shih-Chien University, Taiwan in August 2004.

Yen founded, directed, and performed solo and chamber concerts at the Rachmaninoff Festival 2013 in Taiwan celebrating the composer’s 140 jubilee. Yen’s latest recording with accompanying book of Mozart and Prokofiev sonatas has been released in 2013; her first vinyl record “Seasons”, recorded live in Taipei National Concert Hall and released in April, 2016.

We use cookies to ensure that we give you the best experience on our website. If you continue to use this site we will assume that you are happy with it.Ok