An outstanding international musician of our time, Vietnamese – Canadian pianist Dang Thai Son was propelled to the forefront of the musical world in October 1980, when he was awarded the First Prize and Gold Medal at the Xth International Chopin Piano Competition in Warsaw. It was also the first time that a top international competition was won by an Asian pianist.

He began piano studies with his mother in Hanoi. Discovered by the Russian pianist Isaac Katz, who was on visit in Vietnam in 1974, he pursued his advanced training at the Moscow State Tchaikovsky Conservatory in Russia with Vladimir Natanson and Dmitry Bashkirov.

In the field of chamber music, he has performed with the Berlin Philharmonic Octet, the Smetana String Quartet, Barry Tuckwell, Tsuyoshi Tsutsumi, Pinchas Zukerman, Boris Belkin, Joseph Suk, Alexander Rudin, and he has played duo-piano with Andrei Gavrilov.

Other career highlights include a New Year’s Day concert (1995) with Yo Yo Ma, Seiji Ozawa, Kathleen Battle, and the late Mstislav Rostropovich, in a major international event produced by the Japanese Broadcasting Corporation NHK; in January 1999, a Gala-concert opening the Chopin year, where he was the only foreign artist invited to appear as soloist with the Warsaw National Opera Theatre Orchestra; concerts in Isaac Stern’s last festival in Miyazaki, Japan in 2001, which included three performances with Pinchas Zukerman; a special performance in 2005 as the only guest artist at the Opening Gala Concert of the XVth International Chopin Piano Competition in Warsaw, where he was also a member of the jury; and on Chopin’s 200th Birthday, March 1st, 2010, he played at the Gala Concert the Concerto in f-minor with the Orchestra of the Eighteenth Century under the direction of Frans Bruggen at the Warsaw National Opera Theatre. 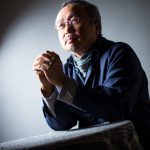 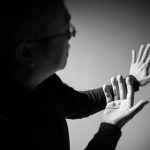 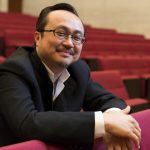 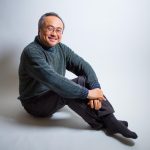