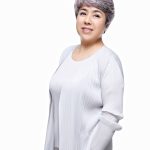 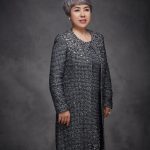 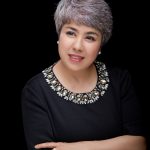 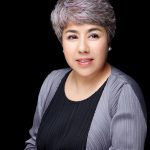 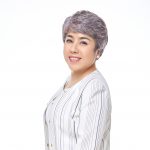 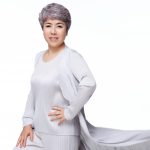 Dilbèr is the best known as a lyric coloratura soprano, an opera singer and a jury for vocal competition. She won second prize in the prestigious Mirjam Helin Singing Competition in 1984 in Helsinki, Finland. In 1987 Dilbèr finished her master’s degree at the Conservatory and promptly joined the roster of the Finnish National Opera company, later adding a position with Sweden’s Malmö Opera.  In 1997 and 1998, she was awarded the Birgit Nilsson Prize for best opera singer.

She has successfully performed almost every major roles of lyric coloratura soprano, such as Gilda in Rigoletto , Lucia in Lucia di Lammermoor, Marie in  La fille du régiment, Adina in L’elisir d’amore, The Queen of the Night in Die Zauberflöte, Zerbinetta in Ariadne auf Naxos, The Nightingale in  Le rossignol, Lauretta in Gianni Schicchi, Rosina in Rossini’s Il barbiere di Siviglia, Amina in Bellini’s La sonnambula, Oscar in Un ballo in maschera, Olympia in Les contes d’Hoffmann, and Sophie in Werther.

Dilbèr was born in Kashgar, Xinjiang Uyghur Autonomous Region, China.   She was admitted in 1976 to the Xinjiang Song and Dance Troupe. Four years later she enrolled in the Department of Vocal Music and Opera at Beijing’s Central Music Conservatory.

Dilbèr is considered to rank among the more accomplished singers of her generation in her voice category, with a clarion and powerful top. She has been praised for restraint in her use of ornamentation and for vocal balance.   Among her recordings is an acclaimed La sonnambula by Bellini on which she sings Lisa, recorded live in Amsterdam in 1992 for the Naxos label.

In 2003, Dilbèr was awarded the most prestigious prize in China “Golden Record” and “Best performer”.  In 2016, she was awarded the 15th Wenhua Performance Award.  Dilbèr has served as a distinguished professor in China Conservatory of Music between 2008 and 2018. In September 2018, she joined the Central Conservatory of Music and serves as a professor in the department of vocal arts and opera performance.