Born in Taiwan, I-Chiao Shih began her studies with Prof. Tsuimin Tsai and Yu-Ping Fan at Tainan Women’s College in Arts and Technology. Further studies under Prof. Yi-Lin Hsu included a Master’s degree at Taipei National University of the Arts, and a Bachelor’s degree from the Tunghai University Department of Music in Taiwan.

In October 2008, Ms. Shih furthered her education at Staatlichen Hochschule für Musik Trossingen in Germany under Prof. Monika Moldenhauer where she earned her Art Song Performance Diploma (Künstlerische Ausbildung) and Soloist Diploma (Solischen Ausbildung). She then studied under Prof. Wolfram Rieger and Irwin Gage at the Hochschule für Musik Hanns Eisler Berlin where she received her Master of Music degree in Chamber Music.

Ms. Shih has won numerous prizes in competitions, including the Best Young Musician prize from National Symphony Orchestra in Taiwan (2008), 3rd prize for Lieder Duo at Germany Music College Contest (2011) and 2nd prize of “Das Lied” at Paula-Salomon-Lindenberg (2011).  She also received the Wagner Scholarship at Bayreuth Festival (2014) and has been invited to attend master classes by Kurt Widmer, Irwin Gage and Thomas Hampson.

Not only as an opera singer, Ms. Shih is also often invited as a soloist to appear at art song recitals or oratorios. Recent engagements include an exciting return to Bayreuth to sing Wesendonck Lieder by Wagner and Messkirch Castle Music Festivals.

Her first CD, Like the Sky in Rome, is a collection of favorite songs by Franz Liszt released on GENUIN classics label in 2016.

Since the 2012 season, Ms. Shih has been an appointed member of the Theater Ulm ensemble. 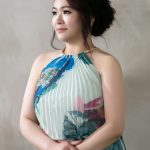 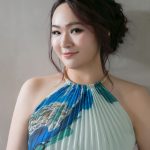 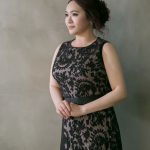